Where to Watch PSL in India: Sony Sports Channels and Sony Liv App

Pitch Report: The pitch in Abu Dhabi is evenly poised. It has something for both bat and ball. While pacers will enjoy the bounce, the spinners will be looking for the ball to grip from the surface. The batsman will also like batting on these wickets after getting a little used to it. Overall, it has something in it for everybody and teams generally love chasing on this ground owing to the 60 percent win record for the teams chasing.

Quetta Gladiators have had a torrid time in the first leg of the tournament in Pakistan managing only a singular win out of the five games they have played. They are sitting at the bottom of the table with many woes. The misfiring pace department has been a major cause of concern. They have picked the fewest wickets in the powerplay, have the highest economy in the death overs and their bowlers have the worst strike rate in the tournament. 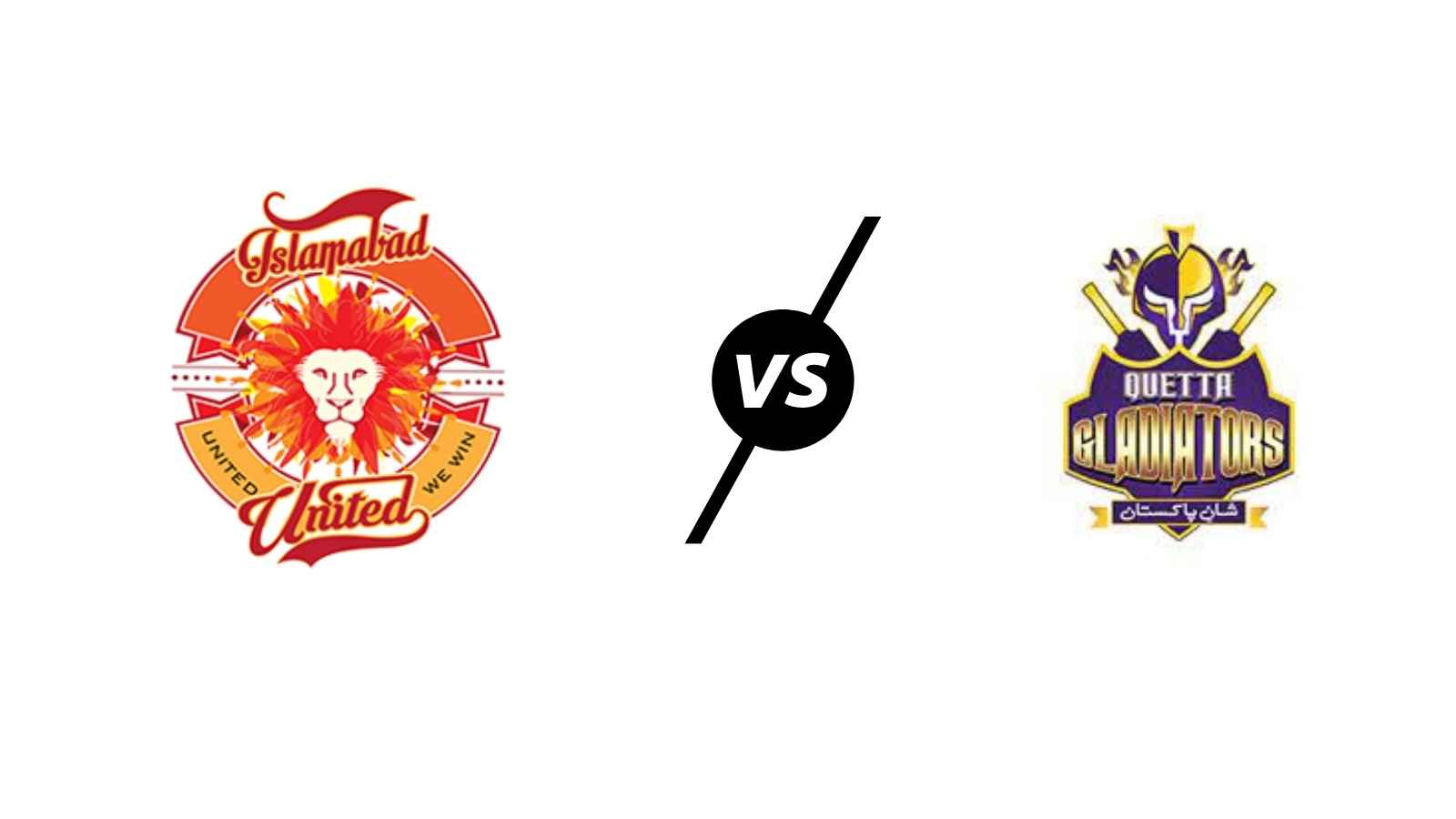 While their pacers have let them down, their spinners have done a pretty good job. But now with Qais Ahmed out, the onus will be on Mohammad Nawaz and Zahid Mahmood to spin Quetta out of the bottom of the table.

With Dale Steyn not available, there will be more pressure on the young duo of Mohammad Hasnain and Naseem Shah to step up and deliver. Dale Steyn’s replacement - Jack Wildermuth will also be expected to hit the ground running and get wickets upfront like he does while playing for the Brisbane Heat in the Big Bash 10.

Another cause of worry for the gladiators has been their opening combination. They have had as many as 4 different opening pairs in 5 different games. Tells you a story doesn’t it?

Usman Khan showed great intent in the only game he played while opener Saim Ayub has been woefully out of touch with 60 runs in 5 games at just run a ball. The gladiators could use their veteran batsman Faf du Plessis to take charge at the top of the order especially after his successful campaign for the Chennai Super Kings in the IPL.

Quetta also has the worst run rate in the death overs. Though now the misfiring Ben Cutting who is not available for the remainder of the tournament has been replaced by Mr. Dre Russ a.k.a Andre Russell, their power-hitting woes should end. Even Mohammad Nawaz and Jack Wildermuth are good with the stick in their hand,

Islamabad United after having played the first game after the restart and being deprived of victory at the last minute by Rashid Khan would be looking to make amends and get their act together as this is now the business end of the tournament. With the batting depth they have and with the likes of Colin Munro and Usman Khawaja at the top, there is no doubt that they will start as the clear favorites.

But with Andre Russel and the experience of Sarfaraz Khan, they will know that they need to bring their A-game if they are to take any points to form this match

Even after all the odds stacked against them, we believe Quetta to get over the line as they are desperate for a win.